This week it was announced that Fieldwork Robotics, a tech start-up linked to Plymouth University, has developed a robot that can pick 25,000 raspberries per day - 10,000 more than professional human fruit-pickers. But what else has been happening in the horticulture industry this week? We round-up some of our favourite news items from the week…

This week, Sainsburys announced that by September customers buying loose fruit and vegetables will either be able to bring their own bags or buy a re-usable bag made from recycled materials. This follows news that Morrisons is going back to traditional greengrocery with loose produce ranges.

Morrisons will introduce the loose lines at 60 branches during 2019, though it will continue to offer customers the option of packaged produce. The supermarket said the move would save an estimated three tonnes of plastic a week, equating to 156 tonnes a year.

HISBE, the rebellious supermarket in York also hit the news this week on its quest to change the food industry. By offering local products and paying producers a fair price, the supermarket wants to make a difference.

But what implication does zero packaging have on marketing? Labels continue to play a key role in the marketing of ornamental plants, fruit and vegetables, with creative design and good photography remaining an important part of the offer. Is there a solution which can reduce plastic packaging, whilst still enabling brands to differentiate themselves with their labelling?

Morrisons "goes back to traditional greengrocery" with loose produce rangeshttps://www.hortweek.com/morrisons-goes-back-traditional-greengrocery-loose-produce-ranges/fresh-produce/article/1585185 … 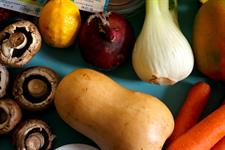 The rebellious supermarket Hisbe in York, the UK, wants to change the food industry. By offering local products and paying producers a fair price, the supermarket wants to make a difference...https://www.hortidaily.com/article/9112198/uk-supermarket-in-york-wants-to-change-food-industry/ … 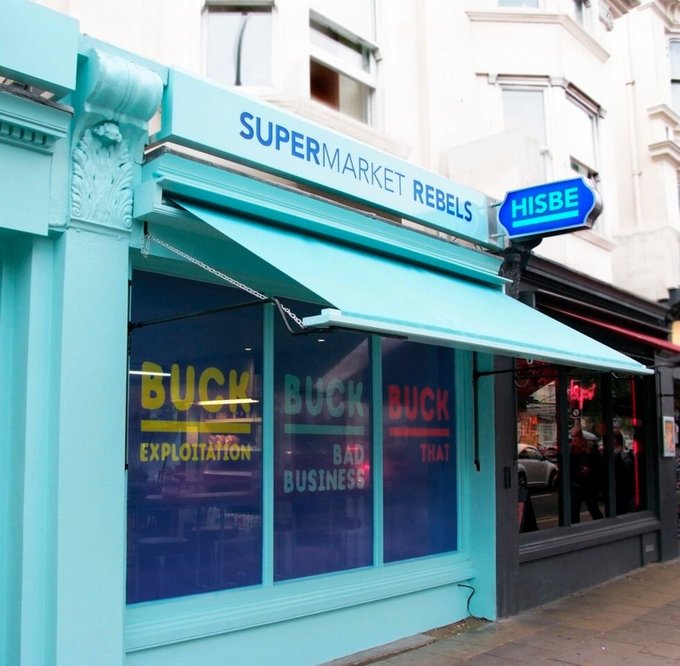 While first impressions and plant information are still important, labels can also showcase your green credentials to customers.https://www.hortweek.com/latest-available-labels-boost-plant-sales/ornamentals/article/1586143 … 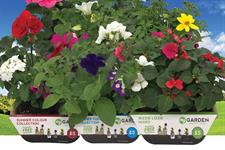 Fresh produce good for the mind?

In a recent study by UK behavioural economists it was discovered that eating extra portions of fruit and vegetables a day can boost people’s mental health. Co-author Dr Redzo Mujcic, assistant professor of behavioural science at the Warwick Business School, said: "This makes the case for an empirical link between fruit and vegetables and improved mental wellbeing more powerful.” He added: "We found being made unemployed had a very bad and significant effect on people’s mental health, greatly increasing the risk of depression and anxiety. But eating seven or eight portions of fruit and vegetables a day can reduce that by half."

It certainly seems that increasing our intake of fruit and veg not only has a positive impact on our health and bodies, but also our mental wellbeing.

High fresh produce intake can lower the risk of clinical depression and even reverse the psychological impact of a divorce, new research has found...https://www.sciencedirect.com/science/article/abs/pii/S0277953619300048 …

Does eating fruit and vegetables also reduce the longitudinal risk of depression and anxiety? A...

This commentary provides evidence of a longitudinal connection between current diet and later mental health. We build upon a research study, Ocean, Ho…

Can produce grown in heated greenhouses be organic?

The question of whether products grown in heated greenhouses are worthy of the organic label is still under discussion in France, with a vote due in June. Critics from the organic sector have called heated organic greenhouse production “environmental nonsense incompatible with the organic label”, noting that 80% of greenhouses in France are heated by fossil fuels.

What are your thoughts? Does growing with organic principles in controlled environments quality the produce for organic status?

Can a tomato grown in a heated greenhouse still be organic? This debate is raging on in France, where a ban on growing counter-seasonal organic vegetables in heated greenhouses has been requested, as 80% of greenhouses are heated by fossil fuels. http://ow.ly/xsVd50usIQd

The question of whether products grown in heated greenhouses are worthy of the organic label is still under discussion in France, with a vote due in June

A healthy soil is a living ecosystem in which is home to diverse and complex ecosystems and store carbon. Soils supply nutrients and water, which are vital for plants, and are home to organisms that interact with plants, for better or worse.

In the video below, NFU Cymru speaks to potato farmer Walter Simon who explains why healthy soil is so important for his business.

Healthy soils deliver so much for the environment, they are home to diverse and complex ecosystems and store carbon, alongside producing top quality food. Potato farmer Walter Simon explains why healthy soil is so important for his business #WeAreWelshFarming. 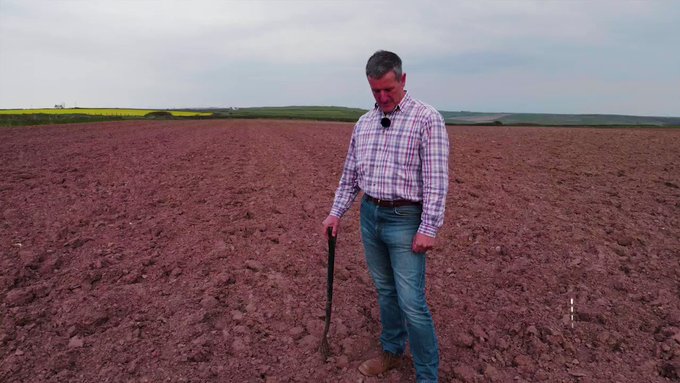 A pub in Lincolnshire has launched a new concept called a Barter Board, that allows visitors to swap homegrown fruit and veg for pints or puddings. Guests can swap asparagus, cauliflower, Jersey Royal potatoes, broccoli, radishes, rhubarb, or spring greens for an item off the pub’s menu. There are two rules when it comes to the Barter Board – produce must be homegrown and grown in Lincolnshire, except Jersey Royal potatoes which can only be grown in Jersey. There is also a board in the dining area which lets guests know what they have used their produce for!

Pub lets you swap homegrown vegetables for pints or puddings...

The pub has launched a new concept called a Barter Board, that allows visitors to swap homegrown fruit and veg for pints or puddings!https://metro.co.uk/2019/05/26/pub-lets-swap-homegrown-vegetables-pints-puddings-9694488/ …

Pub lets you swap homegrown vegetables for pints or puddings